How to Start Worm Composting

You are here:
Home CompostingVermiculture 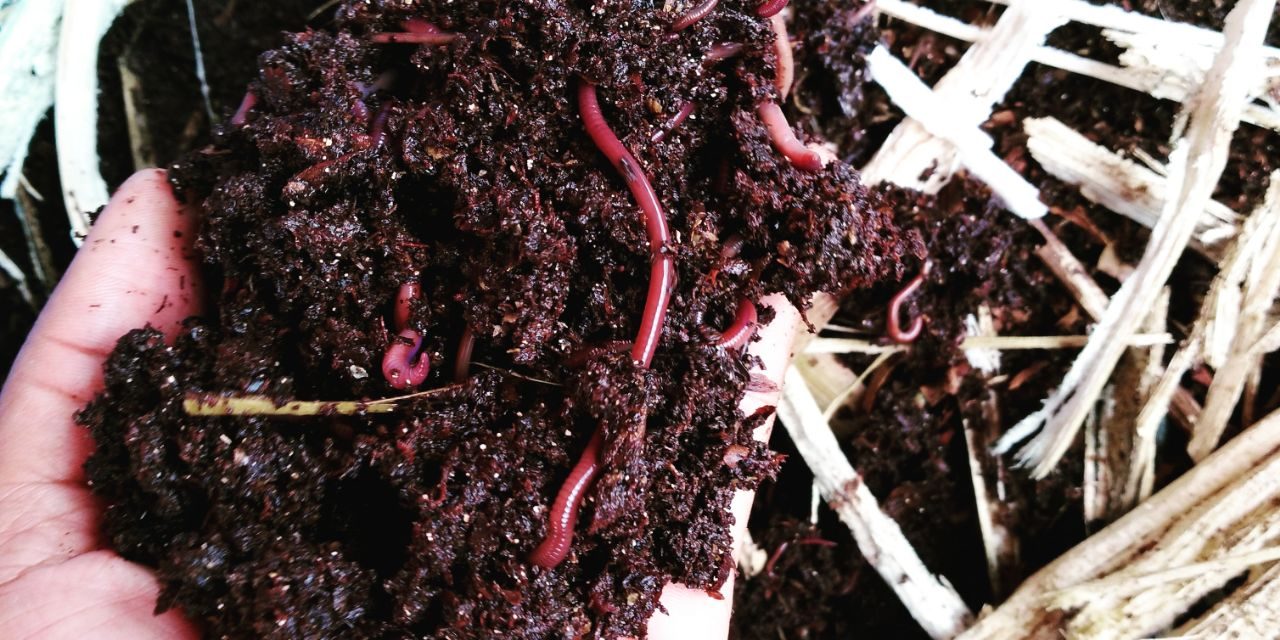 I didn’t have a lot to start with but after finding a worm supplier, searching through lots of information on the internet and countless failures (RIP to the fallen earthworms) I’ve been able to raise earthworms in our backyard for a few years now. This article is really aimed at covering the very basics behind starting your first worm bin. But, before we get into how to start worm composting, let’s first understand more about the earthworms themselves.

Earthworms in the epigenetic class are usually found on or near the surface of the soil. You can sometimes find them under leaf litter after heavy rains. They feed on the fallen leaves and decomposing matter on the surface. While they are excellent composters, they aren’t very good at aerating the soil; they are small in comparison and don’t make permanent burrows. Some common names for earthworms under the epigenic class are Red Wrigglers, African Nightcrawlers and Asian Blue Worms just to name a few.

Why Compost with Earthworms

At this point, you may still be wondering “But why would anyone want to raise earthworms?” Well, that’s simple, for their poop. That’s right, worm poop or worm castings as it’s called is arguably the best natural fertilizer for your plants. The earthworm shreds the organic matter in the soil, the bacteria in their gut breaks it down and the earthworm poops out good quality castings rich in nitrogen and microbes ready for your plants to use.

But, it gets better. Earthworms don’t have to just eat what’s in the soil. If you have a well-managed worm compost bin earthworms can help break down the food waste we produce at home. That’s right, all your fruit and vegetable leftovers can go into making something amazing and nutritious for your plants. This makes vermicomposting (i.e. the fancy name for composting with earthworms) great for the environment because your family will be sending less organic waste to the landfill and fewer problems in the kitchen with smelly garbage bins.

How to Start Composting with earthworms

Raising earthworms at home is probably simpler (and cheaper) than you might think. You don’t even need yard space. You can literally raise your earthworms indoors (if you really wanted to).  To set up your worm bin you will need:

For all the details on how to set up your first worm bin check out the video below.

Earthworms will eat most of our food waste. Earthworms love leftover watermelon, apples and most vegetables. They breathe through their skin so anything that is spicy, has a pungent smell or is acidic should be added in very small quantities. Don’t add meat or cooked food to your worm bin.

When feeding your earthworms less is more. The amount of food you add should be equal to or less than the weight of earthworms in the bin. When adding food pocket feeding is what is recommended. Pocket feeding, as the name implies is basically putting the food in a small area or ‘pocket’ of the bin. To do this remove some of the bedding put the food in and cover it with bedding. Don’t feed the bin again until all the food is gone.

If your bin dries out your earthworms will die. Your worm bin shouldn’t be waterlogged either, because the earthworms won’t get enough oxygen. You want your bin to be as wet as a well-wrung sponge. If you squeeze the bedding tightly you should be able to get a drop of moisture out of it.

The amount of time it will take to harvest your first batch of castings will really depend on various factors. The two most important are:

In most cases, with a pound of earthworms, you should be able to start harvesting your castings in about 6 to 8 weeks. It’s up to you if you would like to harvest the entire bin or just a portion of the worm bin.

For most home systems this can be done by hand. Wearing gloves go through the bin and separate any material that hasn’t broken down and earthworms from the castings. Allow the castings to dry out a bit if it’s too wet. Use a sieve to sift the castings to remove any large pieces of remaining earthworms.

That’s it.  If you followed all the steps in this article you should have a batch of refined worm castings to use on your plants. The best material nature can provide. While there are home systems you can purchase to accomplish the same task one of the things I love about this type of composting is that it can be done relatively easily without spending a lot of money at the start.

If you tried it or have any questions, please let us know in the comments. We love hearing from you.

The pros and cons of composting vs worm composting
15 April 2022
Composting with Coffee Grounds: How to Speed Up Composting at Home
4 April 2022
Earthworms: A Comprehensive Guide to the Different Types of Earthworms Found in Soil
3 April 2022
The Fascinating Earthworm Life Cycle: From cocoon to Adult
3 April 2022