You are here:
Vermiculture 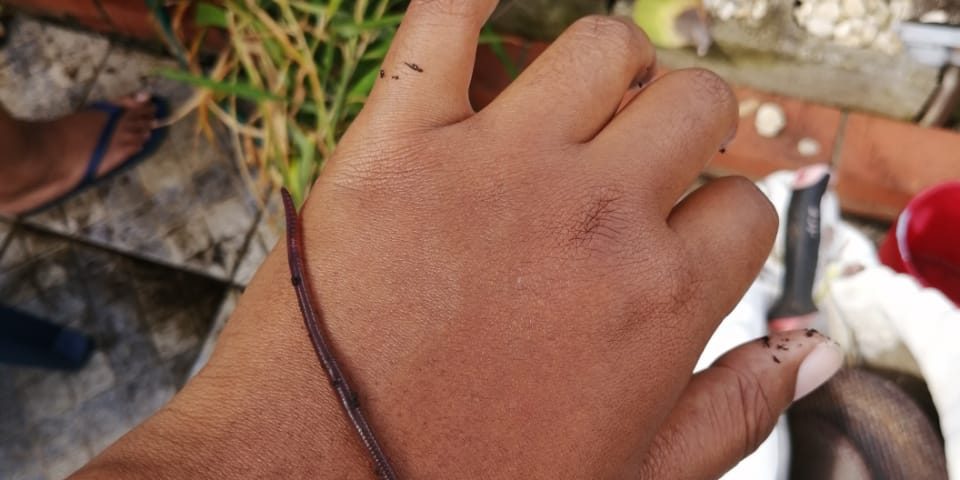 Earthworms are amazing creatures but also highly misunderstood. In this article, I want to address some of the myths about earthworms. I’ve heard many over the years and it’s about time we clear up if these earthworm myths are actually fact or fiction.

If you cut a worm in half you get two worms

This one is false. Cutting an earthworm in half doesn’t give you two worms. It gives you one dead earthworm. Earthworms have very limited regenerative abilities. Sure, if you cut a bit of the tail off it will regrow over time but surely if it is cut in half it will die.

Surprisingly, this one is actually true. According to sciencing.com and many other references, earthworms do indeed have 5 hearts. Earthworms have five aortic arches which function in a similar way to a heart in humans. These “hearts” are near the earthworm’s mouth in five pairs.

Earthworms breathe through their skin

This one is true. Earthworms breathe oxygen through their skin and require moisture for respiration. This is one of the important reasons why it’s important to keep your worm bin moist.

False. To date, there are no known diseases carried by earthworms. In fact, the ‘slime’ that you feel when holding an earthworm has been studied for its antibacterial properties. Red wrigglers (L. rubellus) contains an antimicrobial peptide (AMP) called Lumbricin-1 which functions as a natural defence against pathogenic microbes

This is true. Humans can eat earthworms. Earthworms are eaten in many Asian countries such as China and the Philippines. As the world’s population is increasing many countries are looking for alternatives to traditional forms of protein. It’s possible that earthworms and insects will continue to grow in popularity. I won’t be adding earthworms to my diet.

Well…..sort of. The earthworms that live on/ near the soil surface don’t eat soil particles but those that live deep within the soil layers do. For more information on the different types of earthworms check out this article.

I get a lot of questions about earthworms. As you can see, some are surprisingly true. Personally, I am fascinated by earthworms. I think they are amazing creatures and are truly underappreciated for the work they do in the environment.
If there are any earthworm myths I haven’t addressed please let me know in the comments below and I will be sure to include them in the article.

Earthworms: A Comprehensive Guide to the Different Types of Earthworms Found in Soil
3 April 2022
The Fascinating Earthworm Life Cycle: From cocoon to Adult
3 April 2022

Earthworm Benefits: The importance of earthworms in soil
8 March 2022